Meet Inspiring Speakers and Experts at our 3000+ Global Events with over 1000+ Conferences, 1000+ Symposiums and 1000+ Workshops on Medical, Pharma, Engineering, Science, Technology and Business.

Unique Opportunity! Online visibility to the Speakers and Experts

With great pleasure we welcome all the participants across the World to Attend “6th International Conference on Antimicrobial and Antibacterial Agents” going to be held on November 20-21, 2023 in Amsterdam, Netherlands

This conference is held based on the theme “Novel Advancements and Therapeutic Acuities in Microbial Infection, immunity & drug resistance”. This conference provides a firm platform for scientists, researchers, professors,  engineers, directors of various companies, industrial professionals and students in the field of microbiology, virology, infectious diseases and other related fields to share their knowledge. We also take immense pleasure in welcoming various professionals from different countries all over the globe.

Antimicrobial Congress 2023 is an international platform for establishing research works and therapeutic findings and disorders based on microbial diseases, viruses and infections caused by bacteria, fungi and protists. These types of diseases may be caused due to water borne, food borne, and air borne in human beings as well as in plants and animals. When it comes to microbiology and virology the microbes are termed as the heart for most of the pressing problems solution in world. It also represents the increasing importance of human mortality around the globe, thereby vaccination and vaccine development plays an important role in terms of global health.

Clinical Microbiology is a branch of medical science which mainly deals with the diagnosis, treatment and prevention of infectious diseases. It is concerned about various clinical applications of microbes for the improvement of health. Clinical Microbiology plays an important role in patient care by providing the cause of infection and antimicrobial susceptibility data to physicians. Rapid diagnosis of pathogens is necessary to facilitate the successful administration of antibiotics and to increase treatment rates. It has different methods of analysis used to identify and isolate the microbes.

A vaccine is a biological preparation that provides a specific disease with active acquired immunity. A vaccine typically contains an agent that resembles a microorganism that causes disease and is often produced from weakened or killed forms of the microbe, its toxins, or one of its surface proteins. The agent activates the body's immune system to identify the agent as a threat, kill it, and further recognize and destroy any of the microorganisms that may be associated with that agent in the future. Vaccines may be prophylactic (to prevent or reduce possible infection by a natural or "wild" pathogen) or preventive (e.g. cancer vaccines being investigated). Administration of vaccines is called Vaccination. There are various types of vaccines. For example,

Food microbiology is the study of micro-organisms that inhibit, create or contaminate food, including micro-organisms that cause food spoilage, disease-causing pathogens, especially when food is improperly cooked or stored, those used to produce fermented foods such as cheese, yogurt, bread, beer and wine, and those with other useful roles such as probiotics.

Veterinary microbiology deals with domesticated animal microbial (viral, bacterial and fungal) diseases (fellow animals, livestock, fur-bearing animals, fish, game, poultry) that provide food, other useful products or companionship. However, if the pathogens are of concern because of their interrelation with humans (zoonoses) and/or domestic animals, bacterial diseases of wild animals living in captivity or as members of the feral fauna will also be considered. Also included were tests of antimicrobial resistance. Microbial adaptation is the term used to describe microbes ' ability to withstand their environment's selective pressures. For microbial pathogens, such stresses can be due to the biological obstacles of the body and the tissues where they enter to create infection or the immune, antiseptic, or medicinal control measures that we throw at them. While bacteria and parasites can turn on different genes in response to various stimuli, microbial adaptation usually refers to the selection of a genetically distinct microbe population.

Microbial physiology is characterized as the study of how, in living organisms, microbial cell structures, growth and metabolism work. It covers the study of viruses, bacteria, fungi and parasites. Microbial metabolism means Microbes obtaining energy and nutrients (e.g. carbon) which are required to live and reproduce. Microbes use many different types of metabolic strategies and organisms dependent on metabolic characteristics can often be distinguished from each other. A microbe's unique metabolic properties are the key factors in determining the ecological niche of that microbe, and often enable that microbe to be useful in industrial processes or to be responsible for biogeochemical cycles. Microbial metabolism is classified based up on three principles:

Geomicrobiology is the science field at the geological and microbiological intersection. It concerns the role of microbes in geological and geochemical processes and microbial growth, activity, and survival effects of minerals and metals. Such kind of interactions occurs in the geosphere (rocks, minerals, soils, and sediments), the atmosphere and the hydrosphere. Geomicrobiology studies microorganisms which control the biogeochemical cycles of the Earth, mediate precipitation and dissolution of minerals, and absorb and concentrate metals. The applications include

Agricultural microbiology is a microbiology branch that discusses plant-associated microbes and diseases of plants and animals. It also addresses soil fertility microbiology, such as microbial degradation of organic matter and transformation of soil nutrients. Soil microbiology is the study of soil microorganisms, their functions and how they affect the properties of soil. It is assumed that the first ancient bacteria and microorganisms came into being on Earth's oceans about two and four billion years ago. Such bacteria could trap nitrogen, compounded over time, and oxygen released into the atmosphere as a result. This resulted in more advanced microorganisms that are significant because they influence the structure and fertility of the soil. Soil microorganisms can be classified as bacteria, actinomycetes, fungi, algae and protozoa. Each of these groups has features that define them and their soil functions.

Diagnostic microbiology is the study of microbial identification. Researchers have been finding ways to extract different species since the invention of disease germ theory. Using methods such as differential media or genome sequencing, physicists and scientists can observe new functions in organisms in order to diagnose organisms more effectively and accurately. Methods used in diagnostic microbiology are often used to take advantage of a particular difference in organisms, often by referring to previous studies, in order to obtain information on which species it may be. New studies provide data that can be cited by other researchers so that scientists can have basic knowledge of the species with which they work.

The intelligence shown by microorganisms is microbial intelligence (popularly known as bacterial intelligence). The definition includes complex adaptive behavior in single cells and altruistic or cooperative acts in populations of similar or unlike cells mediated by chemical signals that trigger physiological or behavioral changes in cells and influence colony structures. A few examples of Microbial Intelligence are:

Environmental microbes are a significant source of drug discovery, and several microbial products (anti-tumor products, immunosuppressant, antibiotics and others) are routinely used for human therapy. Most of these products were obtained from cultivable environmental microbes, and this means that the vast majority of microbes were not targeted for drug discovery. With the advent of new and emerging technologies, we are poised to harvest novel drugs from the so-called 'uncultivable' microbes. In this article, we propose how a multidisciplinary approach combining different technologies can expedite and revolutionize drug discovery from uncultivable microbes and examine the current limitations of technologies and strategies to overcome such limitations that might further expand the promise of drugs from environmental microbes.

Antibiotics can interact with a number of other medicines, including prescription, OTC, and natural products. A good practice norm is to obtain a full list of current medications before introducing new antibiotic regimens. If questions arise, a variety of online medication interaction checkers are available, and local pharmacists are happy to serve as a resource. For example:

A biofilm comprises any group of syntrophic microorganisms in which cells bind to one another and sometimes also to a surface. Biofilms can form on living or non-living surfaces and can occur in natural, industrial and hospital environments. The microbial cells that grow in a biofilm are physiologically distinct from the same organism's planktonic cells, which, on the other hand, are single cells that can swim or float in a liquid medium. Biofilms can grow on the teeth of most animals as a dental plaque, where they can cause decay and gum disease. In response to various factors, microbes form a biofilm, including cell recognition of specific or non-specific attachment sites on a substrate, nutritional signs, or, in some cases, exposure of planktonic cells to sub-inhibitory antibiotic levels. A cell that switches to the growth mode of biofilm is undergoing a phenotypic behavioral shift in which large gene suites are regulated differently

Bioremediation bacteria is used to treat contaminated media, including water, soil, and surface material, by altering environmental conditions to boost micro-organism growth and degrade the target pollutant. Biodegradation is the decay by microorganisms including bacteria, fungi of organic matter. Any excessive alteration in material properties caused by organisms ' essential behaviors is called Bio deterioration. It is the most critical method for the total removal from the atmosphere of chemicals. As a result, a chemical's ability to biodegrade is an essential element in recognizing any threat to the environment posed by that chemical.

The global clinical microbiology market was valued at $3.63 billion in the year 2020 and is forecasted to grow at a CAGR of 6.4% to reach $5.23 billion in 2024. The demand for microbiology research is divided into instruments and reagents. The product segment of instruments accounted for the largest market share in 2020, but the product segment of reagents is expected to grow at a higher rate over the forecast period. The demand for microbiology testing is divided into hospitals and medical centers, specialty laboratory service providers, and educational and research institutes. 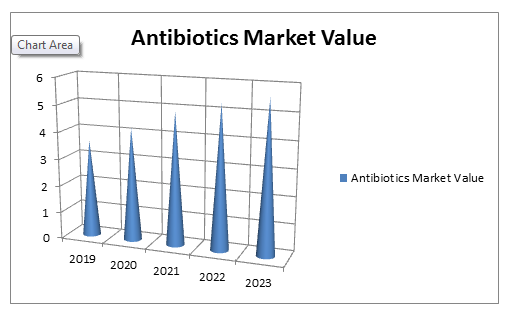 To Collaborate Scientific Professionals around the World

All accepted abstracts will be published in respective Conference Series International Journals.

Abstracts will be provided with Digital Object Identifier by

Universal acclaim based on
8960 Ratings